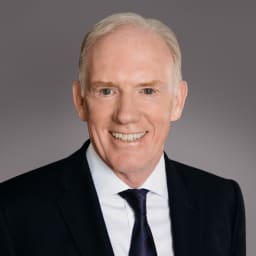 Dr. Declan Doogan joined the Board in 2021. He has over 30 years of industry experience in both major pharma and biotech. He was the Senior Vice President and Head of Worldwide Development at Pfizer, where many multibillion dollar programs were delivered (e.g., Viagra, Lipitor and Zoloft). He has held a number of executive positions in Pfizer in the U.S., the U.K. and Japan. Since leaving Pfizer in 2007 he has been engaged in executive roles in small pharma. Declan was CMO and acting CEO of Amarin (AMRN: Nasdaq), transforming it from a failing neuroscience company to a vibrant cardiovascular company with a market capitalization of over one billion dollars before his departure. He has also been Chief Medical Officer for Prometheus Laboratories, a molecular diagnostics company in San Diego. Declan is also an investor in emerging biotechnology and technology companies. He holds a number of Board appointments, principally in pharma companies, and has also held professorships positions at Harvard School of Public Health, Glasgow University Medical School and Kitasato University (Tokyo).
Declan received his medical degree from Glasgow University in 1975. He is a Fellow of the Royal College of Physicians and the Faculty Pharmaceutical Medicine and holds a Doctorate of Science at the University of Kent in the U.K.